E. James Smith was a grant at Hofstra University’s film department where he became fascinated by the power of documentary film. After a screening of the Maysles Brothers’ Salesman in a documentary studies class, his curiosity led him to Maysles Films in New York City where he spent his entire senior year as an intern.

For two more years he worked at Maysles as a production assistant and associate producer gaining a vast understanding of storytelling through verité filmmaking from a group of extremely talented filmmakers. 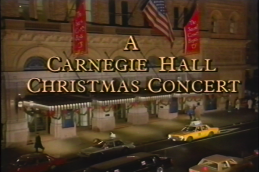 Next, James continued to work as an associate for Peter Gelb at CAMI Video, a company that produced classical music television specials.  As well as the live television broadcasts from the MET at Lincoln Center, Peter Gelb produced documentaries such as A Carnegie Hall Christmas Concert, Baroque Duet with Kathleen Battle and Wynton Marsalis, Soldiers of Music about Mstislav Rostropovich returning to the Soviet Union, after 16 years in exile, Abbado in Berlin and several documentaries about Vladimir Horowitz.

“I learned so much about classical music and opera working at CAMI Video,” Smith says, “I used to quality check the television masters before they were sent for broadcast. Seeing the same opera many times over, I really gained a great appreciation for their complex story lines and mammoth production value.”

Following this, E. James Smith worked at MediaWorks where he became their first assistant editor on three, new Avid™ non-linear editing systems. “This was a new world… the mechanical sounds of Steenbecks and rewind benches had been replaced with computer fan noise and mouse clicks,” Smith says. “This was also the first time I logged video live on set while it was being shot. I plugged a MacBook loaded with MediaLog into the BetaCam SP tape decks and logged the takes. Back in the edit room I loaded the logs and digitized the tapes; all ready for the editor the next morning.”

Eventually, E. James Smith found his way to Albuquerque, New Mexico where he made the leap from assistant editor to editor. At that time there were only four Avid Media Composers in the state and luckily he met the owner of one of them.  James D. Cooney, founder of Cooney Productions, hired Smith to edit a series of half-hour television specials that were aired on local television stations. 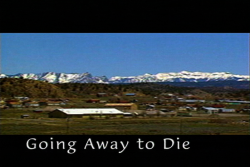 These shows included The Bag Lady Sings, Going Away to Die, DWI and the Bottom Line, Where Can My Brother Go?, All Aboard, Unseen Spirits, The San Juan Chama, Mending the Circle, The DWI Memorial, The Good Thief and many more. To see a sample of these videos please visit the Albuquerque Television Specials page. 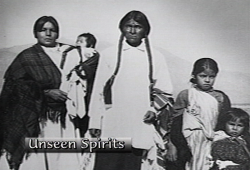 These were often shows produced by the City of Albuquerque, the State of New Mexico or area American Indian tribes dealing with regional issues such as drunk driving, elder abuse, homelessness and air and water quality.   After several years, all of the shows were combined into a series called Faces on the Mountain, which aired on PBS stations throughout the Southwest. 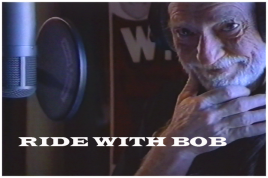 Returning to New York, E. James Smith had the good fortune to work with Dan Karlok as offline editor on his documentary Ride With Bob. This documentary followed the recording sessions of Asleep at the Wheel’s tribute album to Texas Swing legend Bob Wills and the Texas Playboys. It aired on The Nashville Network and several public television outlets. The film featured performances of Bob Wills songs by country artists including Asleep at the Wheel, Willie Nelson, Dixie Chicks, The Manhattan Transfer, Merle Haggard, Lyle Lovett, Reba McEntire, and many others. The documentary later went on to be nominated for a Grammy Award for Best Long-Form Video.

“Working with Dan on this project was an incredible learning experience. He did an exceptional job of capturing some priceless moments with many country music icons appearing in the studio together for the first and only time. Two of my favorite music performances are St. Louis Blues (Merle Haggard and The Squirrel Nut Zippers) and Going Away Party (Willie Nelson and the Manhattan Transfer).”

As a freelance editor, E. James Smith then began to edit corporate image videos for many financial institutions, insurance and accounting firms and pharmaceutical companies.  Though most of this work is confidential, some examples can be seen on the Corporate Video page.  A highlight was editing a short documentary about Hurricane Katrina relief efforts over the course of a year after the disaster. 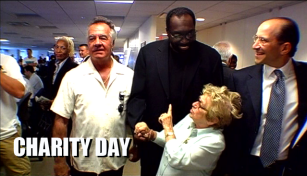 Another highlight was editing the Cantor Fitzgerald (BGC) Charity Day documentary. On the anniversary of 9/11, Cantor Fitzgerald donates all of the proceeds from that day’s trading profits to numerous charities. Each charity sends a celebrity to take calls on the trading floor and make trades. This short documentary marks the first year the event was filmed and features political figures, film and television celebrities and sports legends. 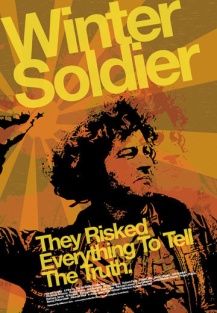 In 2006 the anti-Vietnam War film, Winter Soldier, was released on DVD for the first time since its 1972 premiere at the Cannes Film Festival. The controversial film interviews former soldiers returning from the war who described the atrocities committed by US troops. E. James Smith edited the 18-minute bonus interview with the filmmakers and the trailer which are included on the DVD release. The dynamic roundtable discussion reunites the filmmakers as they relive their experiences and struggles while making the film. The trailer gives a strong impression of the film.

When the National Audubon Society decided to convert a floor of an old printing factory in Hudson Square into its new world headquarters, they applied for Platinum LEED Certification. One requirement was to make an educational video. This informative documentary shows the many steps involved in creating a sustainable, green office space out of a former industrial space. 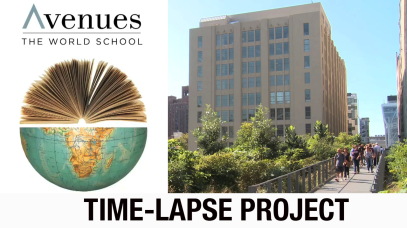 From 2011-2012 E. James Smith made several videos for Avenues, The World School, in Chelsea, New York City. These videos centered around a comprehensive, year-long time-lapse project documenting the conversion of an old warehouse along the popular High Line into a modern, high-tech school. To view the collection of videos please visit the time-lapse videos page. 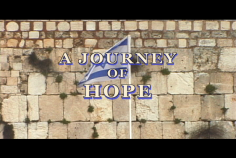 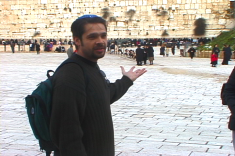 Simultaneously, E. James Smith has produced several short documentaries. In 2003 he traveled to Israel with Rabbi Matthew D. Gewirtz and Manhattan’s Congregation Rodeph Sholom documenting their pilgrimage. He edited the resulting, A Journey of Hope, which shows members of the group having very different experiences as they visit Jewish holy sites, politicians, schools and a controversial settlement during the Second Intifada. 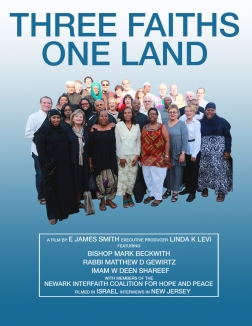 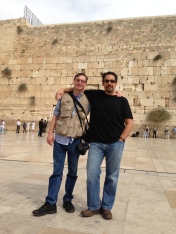 In 2012, E. James Smith again teamed with Rabbi Gewirtz to return to Israel and document a rare interfaith trip being made by clergy from the Newark, New Jersey area.   Three Faiths/One Land shows the enlightening and sometimes difficult journey through significant historic sites to Jews, Christians and Muslims throughout Israel and the West Bank. (trailer) 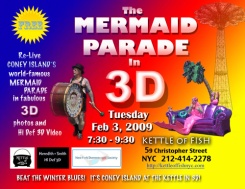 In 2007, E. James Smith edited the short documentary, The Mermaid Parade in 3D, which shows Coney Island before its renovation and modernization. The festive and colorful parade down the boardwalk is legendary for its outrageous, sea-themed costumes and floats which are striking in 3D. 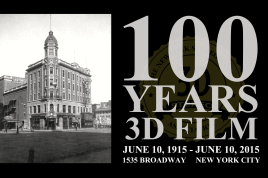 E. James Smith continues to produce and edit video for corporate clients as well as edit 3D video for the New York Stereoscopic Association, for which he is vice president and curator. Most recently he directed and edited 100 Years of 3D Film, a 3D film commemorating the 100th anniversary of the first public showing of a 3D film, which was at the Astor Hotel in 1915. (2D version here).

A Journey of Hope

Return to the Worlds Fair (2D)